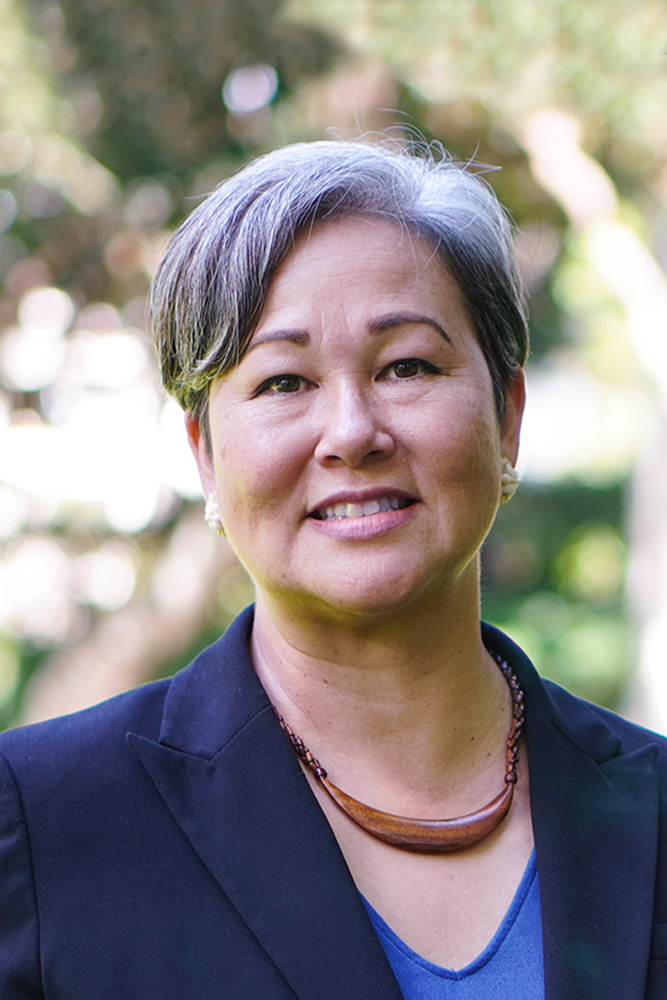 Suzanne Puanani Vares-Lum is President of the East-West Center. She is the first woman, Native Hawaiian, and Hawaii resident to be chosen for this roles.

Ms. Vares-Lum brings executive leadership and planning experience spanning the past several decades, culminating in five years services with and advising the most senior officials at US Indo-Pacific Command, where she cultivated and maintained key relationships with nations throughout the Indo-Pacific region.

As a retired Major General with 34 years of service, Ms. Vares-Lum has held key roles addressing priority national security challenges in the region. After retirement, she formed Ms. Vares-Lum Indo-Pacific Consulting, LLC to provide consulting and advising on regional issues. She is a seasoned keynote speaker and advocate on Indo-Pacific issues; leadership and mentorship; and Women, Peace, and Security. She led collaborative initiatives in the Pacific, including Hawaii, Guam, and the Commonwealth of Northern Mariana Islands.

As a community leader, Ms. Vares-Lum serves on a variety of non-profit boards, including the American Red Cross Pacific Islands Region. She has also served on committees that promote Hawaii’s economic diversification, workforce development, and community dialogues on issues regarding land and water. She has also served as a Strategic Advisor to the Hawaii Chamber of Commerce Military Affairs Council.

She received her Bachelor of Arts degree in Journalism in 1989 and her Master of Education in Teaching in 1996 from the University of Hawaii at Manoa. As a graduate of the US Army War College, she earned a Master of Strategic Studies degree in 2011. In 2019, she became a National Security Fellow of the Maxwell School of Citizenship and Public Affairs at Syracuse University.

She is also an alumna of the Daniel K. Inouye Asia-Pacific Center for Security Studies.