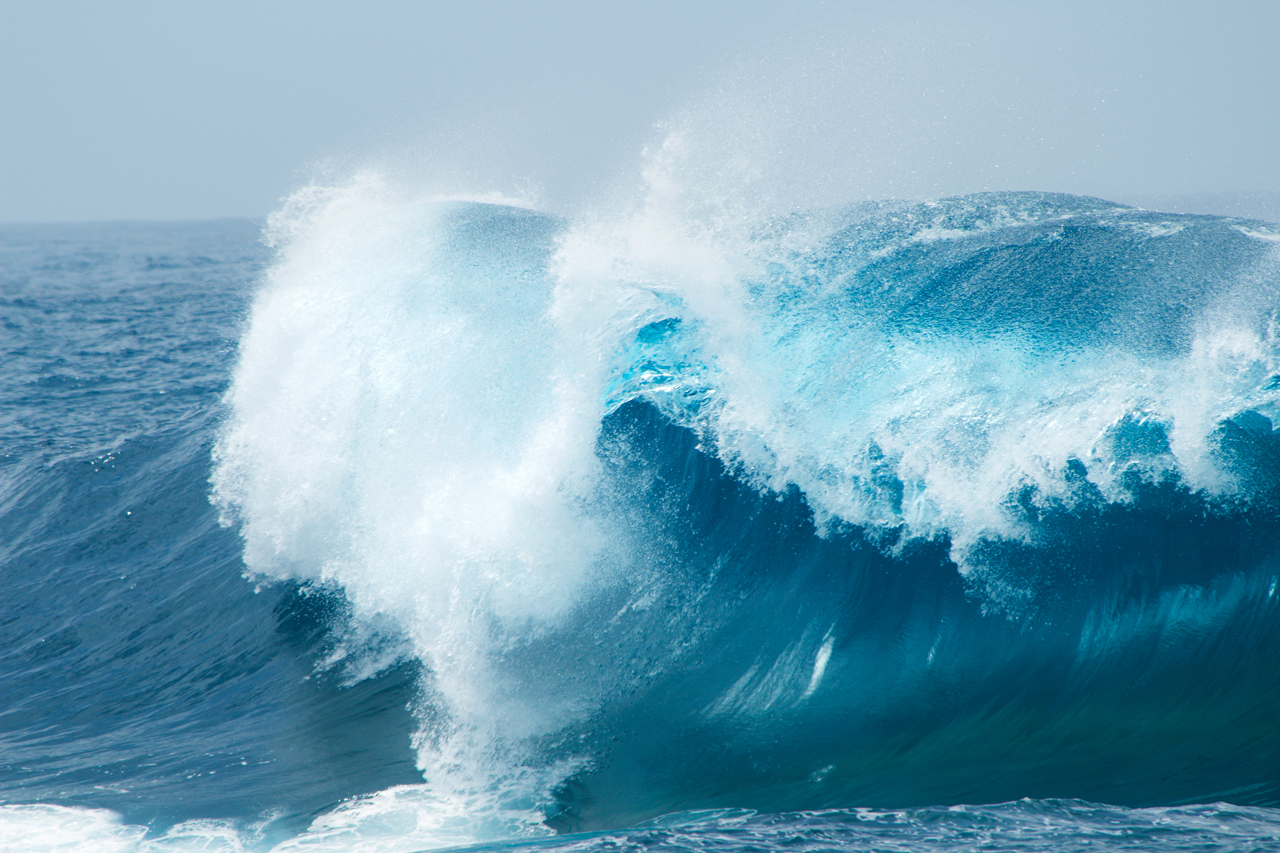 Recognizing that the oceans are the world’s largest solar energy collectors, PICHTR focused early on the implementation of this thermal resource into a sustainable energy system. With funding from the U.S. Department of Energy, the State of Hawaii, and Japan’s Ministry of Foreign Affairs, PICHTR developed such systems through its Engineering Systems group including the design, construction, and operation of the world’s only Open-Cycle Ocean Thermal Energy Conversion (OC-OTEC) system at Keahole Point on the Big Island of Hawaii. OTEC uses the temperature differences between the ocean’s warm surface water and the cold deep-sea water to produce base-load electricity, fresh water, and air-conditioning options.